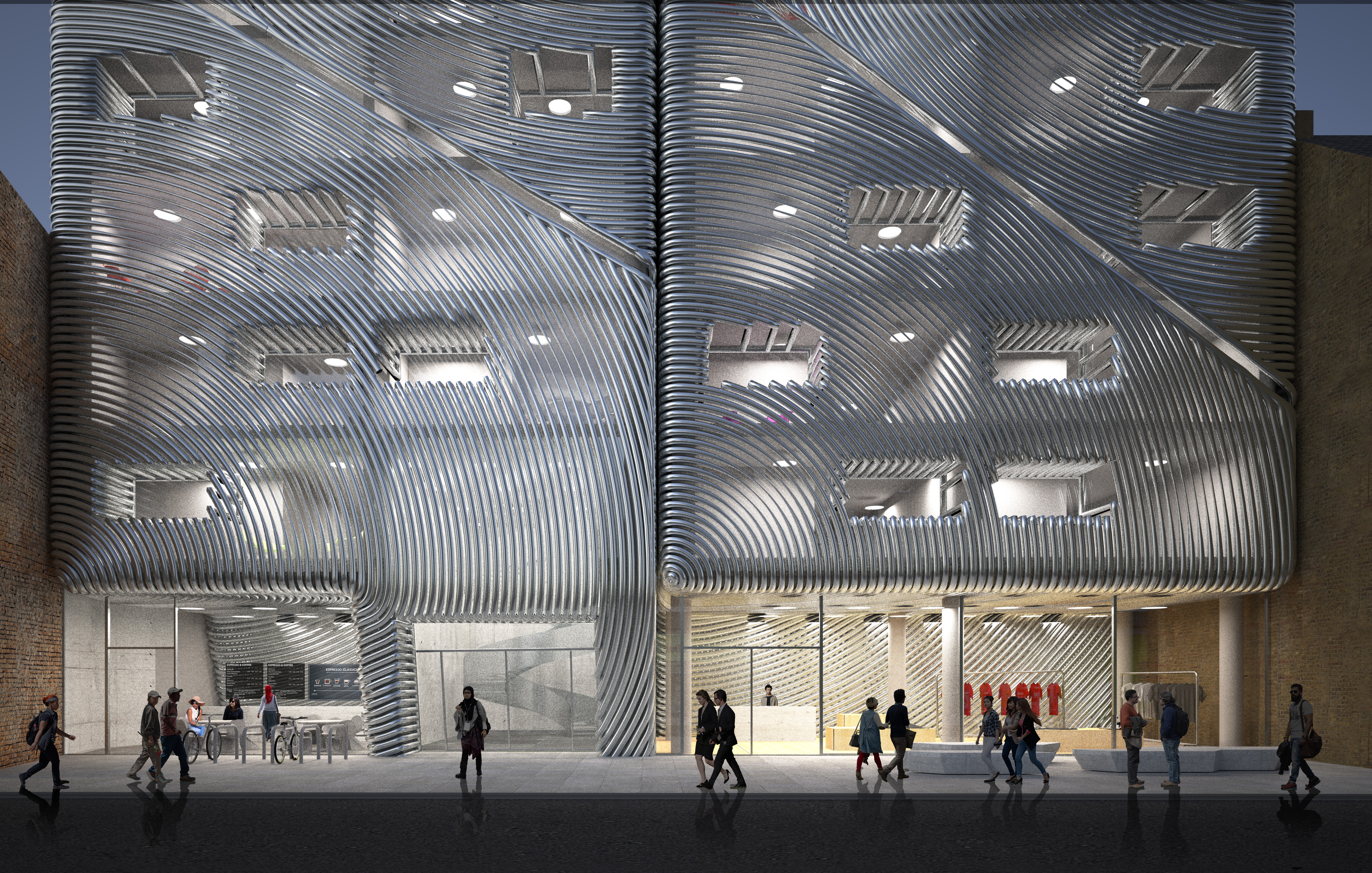 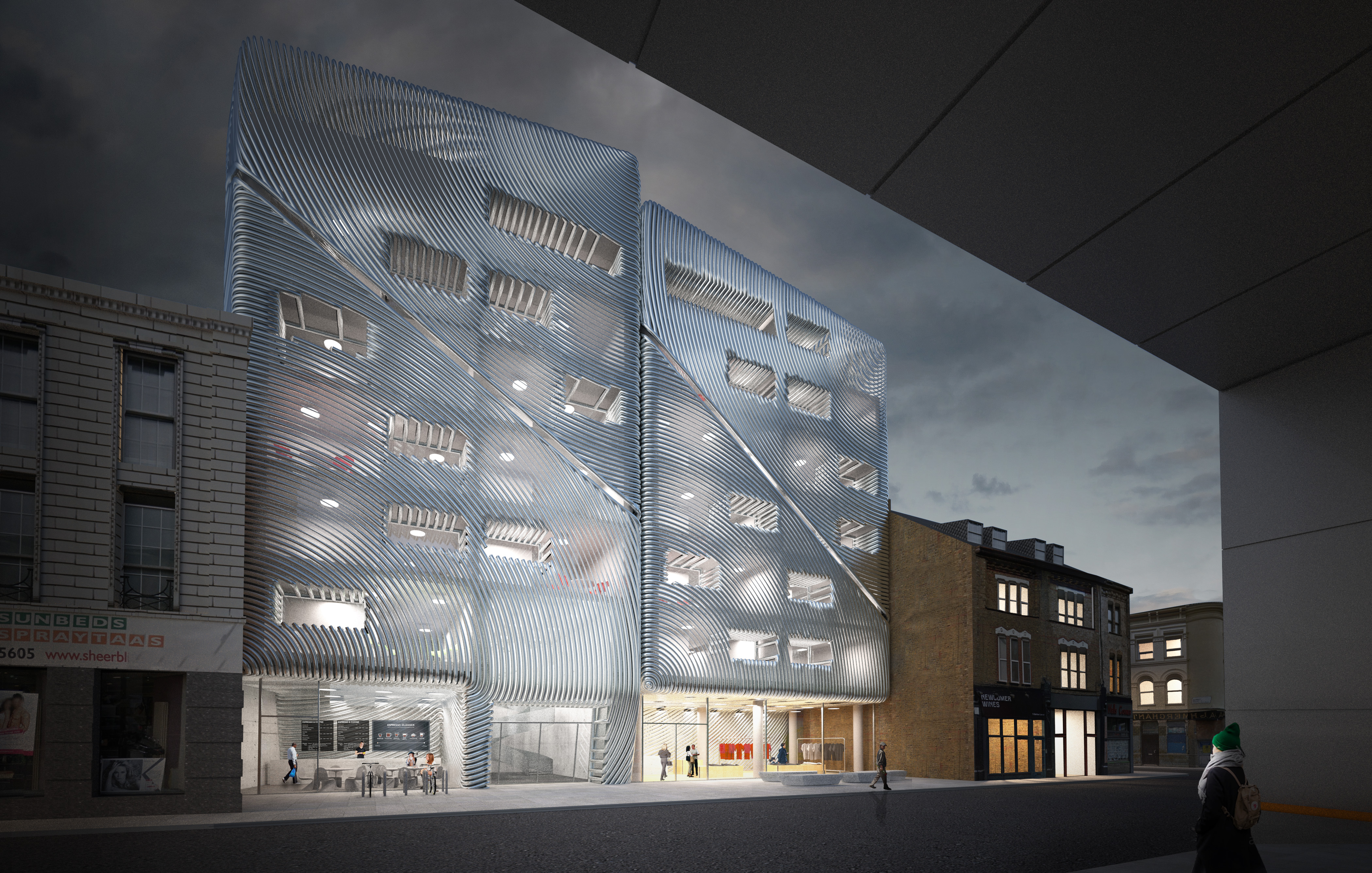 3 Dalston lane is a proposal for a residential building for Dalston, a district in East London. The design consists of two building masses that each have a facade made out of curved metal tubes which allow daylight, heat gain and privacy to be regulated.

Dalston has a history as a multicultural district with a large Turkish and Caribbean community. The neighbourhood is an architectural mix of Victorian and Edwardian terraced houses mixed with industrial heritage. It is an area with narrow street profiles and few public spaces. This multi-cultural identity and rustic quality of historic buildings, combined with its industrial heritage are what gives Dalston a special charm. Due to this character, the district has evolved into a popular entertainment area with many bars and restaurants. There has been a lot of improvements in the local infrastructure since the London Olympics in 2012. This has led to a rise of 60% in Dalston housing prices in recent years, which has led to many new construction projects in the area.

The proposal is planned for an empty site above an old underground tunnel. By moving the building away from the street, a small public space can be created in an area that is experienced as quite dense. The building is divided into two building masses, separated by a narrow joint, which makes the buildings perceive as autonomous elements and enables the new building to blend with the surrounding. The building will consist of a mixed program within addition to housing, retail and a restaurant.

The materialization of the facade differs from the (brick) stone cladding of the adjacent buildings. This makes the push back move from the dense street facade more emphasized. I searched for a material that could express the masses as two strong autonomous shapes. It was the intention to use a material that blends with the rough industrial character of the original neighbourhood without using literal historical references. The facades are clad with bend steel pipes, which cover the buildings through a series of rings. The tubes will be manufactured with computer-controlled bending machines, making standardization unnecessary. The diameter of the pipes is determined by the light and privacy requirements of the directly adjacent floors and spaces. Balconies and the entrance are also formed by bending the facade in certain areas.