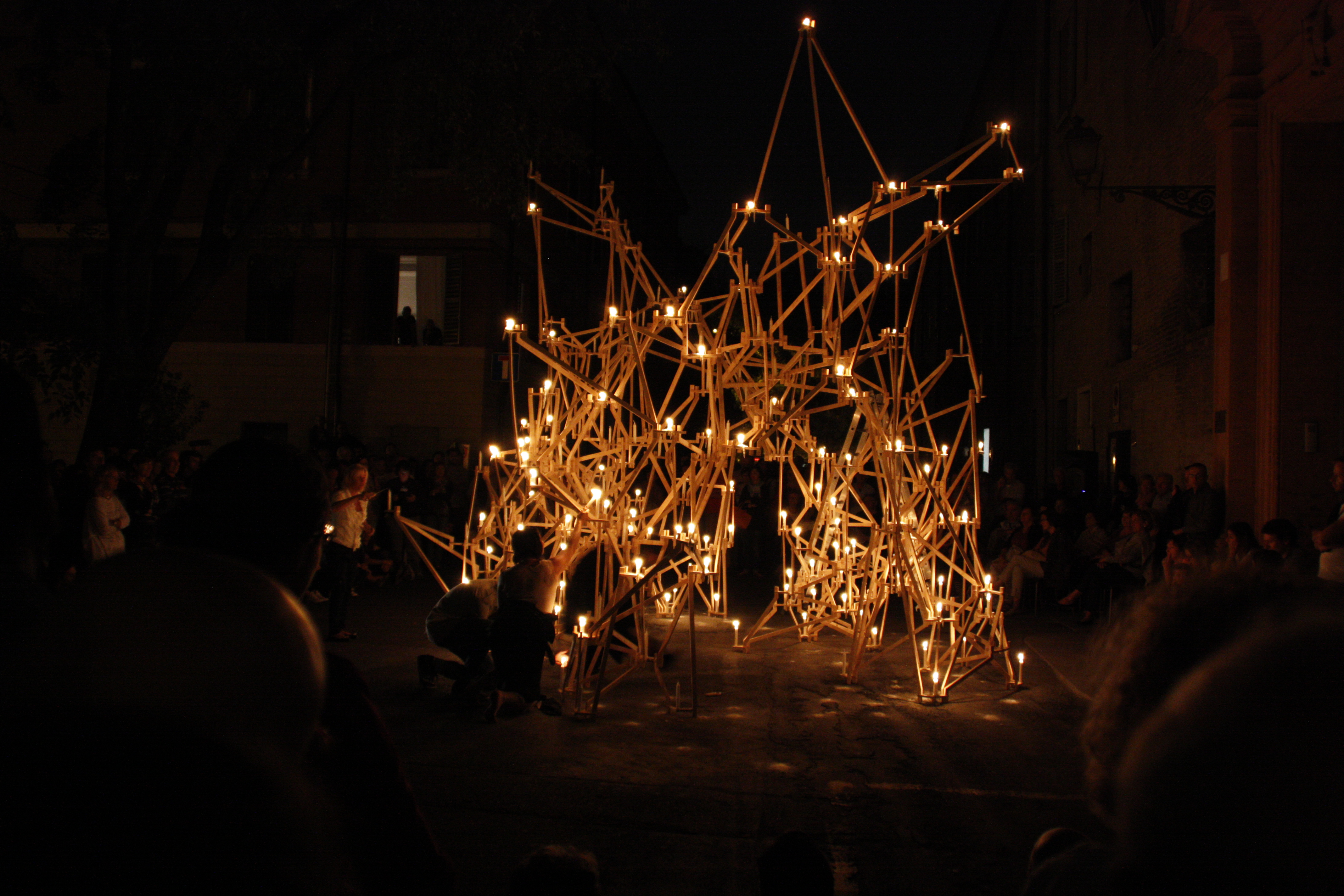 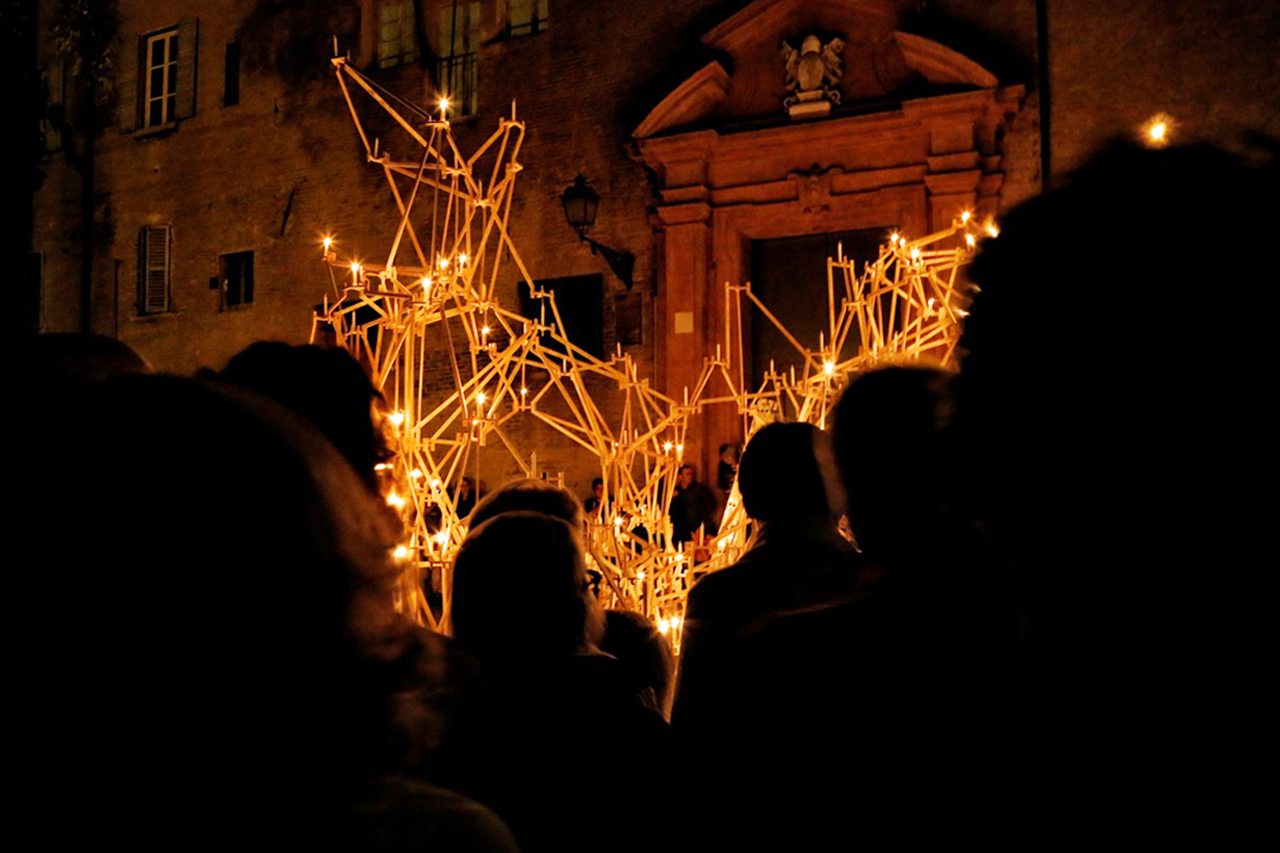 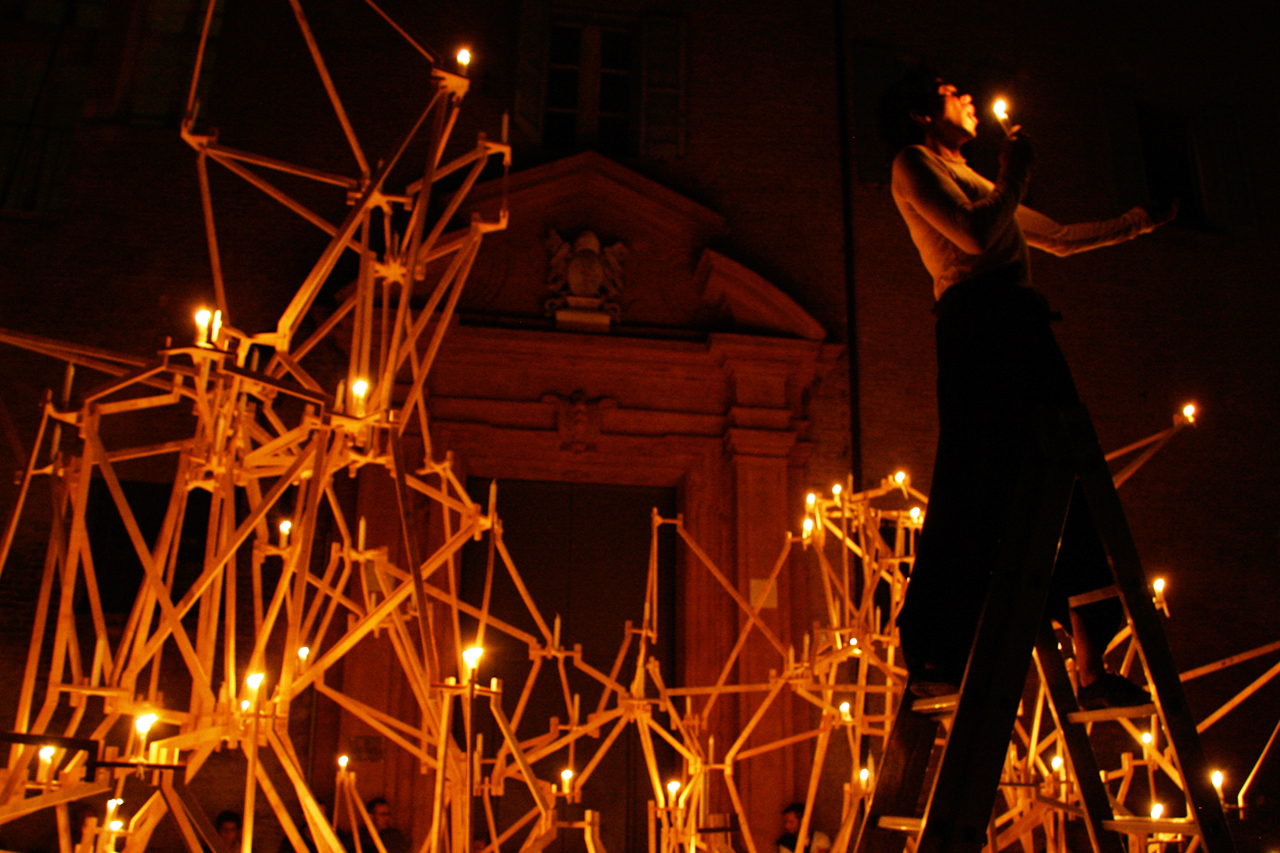 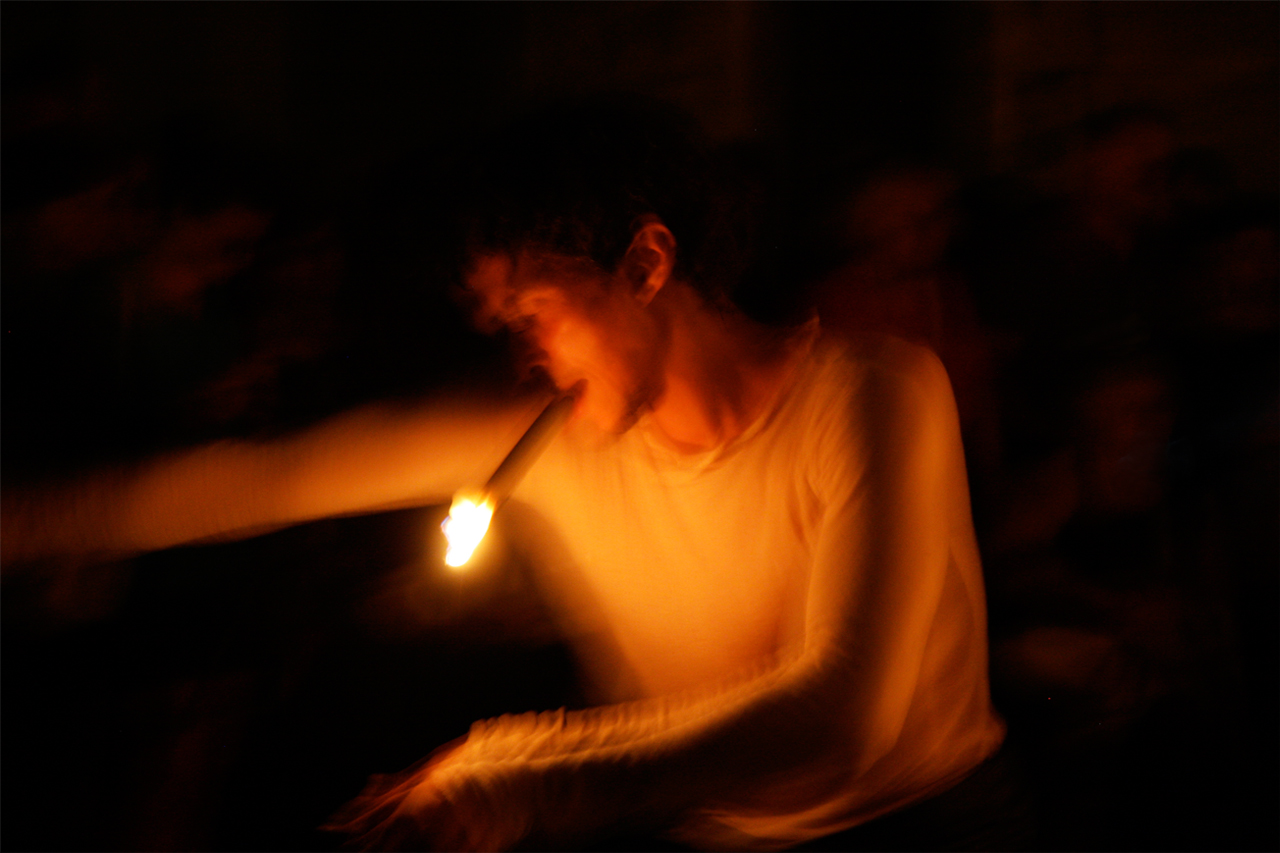 During the summer of 2012, an Italian furniture company hosted an international design workshop named Candelabrum 2.0 in which the interaction between digital
realities and craftsmanship possibilities culminated in the realization of a wooden pavilion. Situated near the Medieval village of Castelvetro in the countryside of Modena, Italy, a complex volume of 900 components and 199 candles provoked a contrast between the old brick walls and ordered wine yards with the complex
composition of fragile wooden sticks and dynamic shadow plays. The final outcome was the consequence of a collaborative process by designers with different
backgrounds operating between digital intelligence and craftsmanship aesthetics. It was in the combination of advanced algorithmic tools, computer-driven CNC
manufacturing techniques and crafted woodwork experience that the hybrid character of the scheme could strongly appear.

The use of contemporary digital devices, capable of generating parametrically related geometrical objects, gave birth to more than 60 plans, by eight designers, in
only two days. Those mediums are able, today, to provide the author with more and more freedom, giving the ability to sculpt complex configurations guided mainly by intuition. A digital algorithm ensured that for every possible composition all the production drawings where automatically unfolded. In this way, a design proposal was able to be fully detailed in just a matter of seconds. The precondition for the designer to work with such methodologies is that he or her not only can define the “brick” but also the complete construction system that goes along with it, monitoring, therefore, every working steps.

However, in the current time of open-source communities, the central role of the architect as an autonomous personality is permanently disrupted. The author, its
tool, and the result cannot be detected as three independent bodies anymore, but they rather must be seen as an open network where everyone is actively influencing
each other as never before, consequently ensuring, a constant evolution. Candelabrum 2.0 was a logic and not a design, a possibility and not a solution, a
process without a clear outcome. It was a project in which each personality could influence the product. A joint system of non-linear development based on a
traversal method that tested minor changes in comparison to the overall composition. Candelabrum 2.0, finally, was a fascination for the beauty of imperfection.

More information about the project can be found at dustmirage.com.