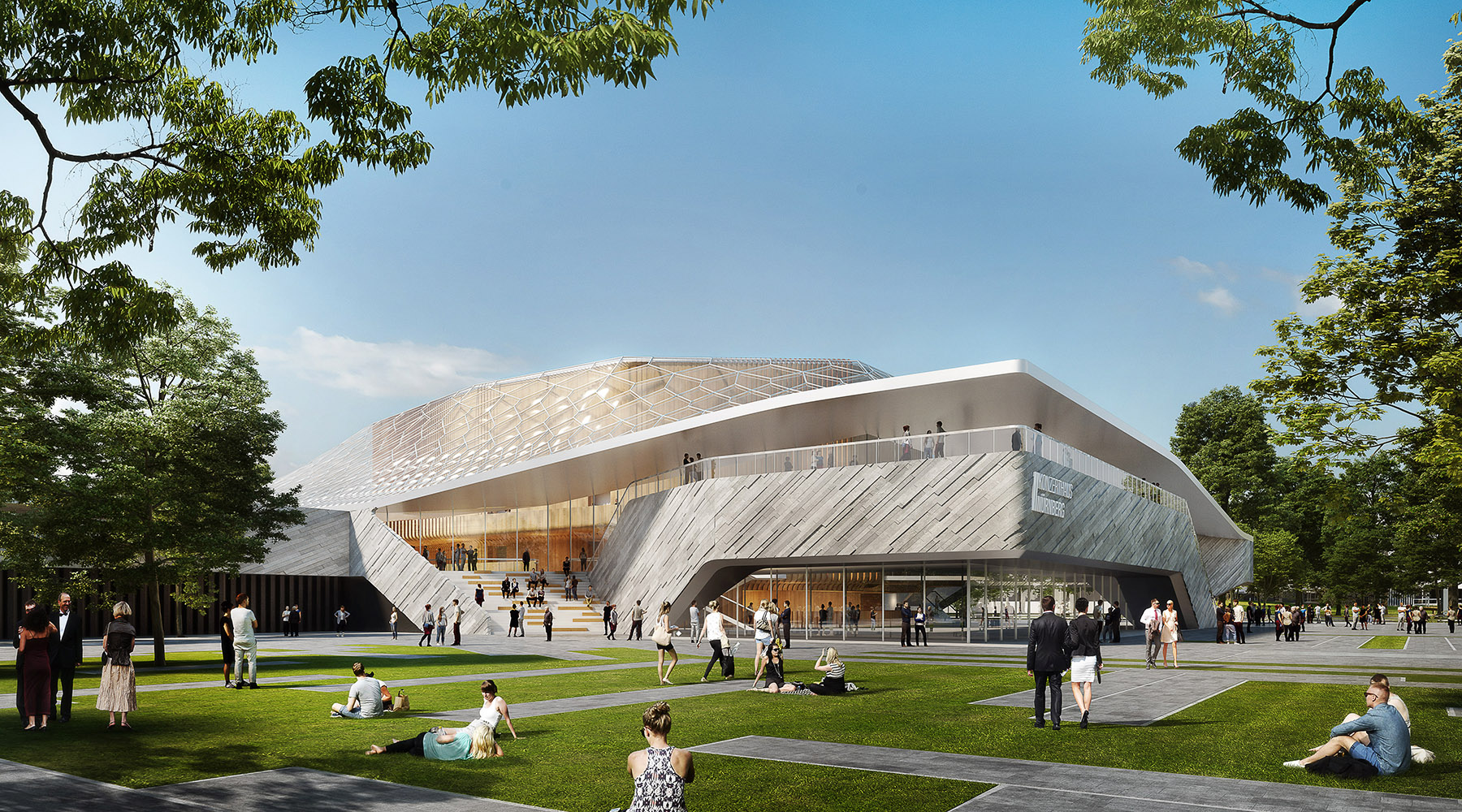 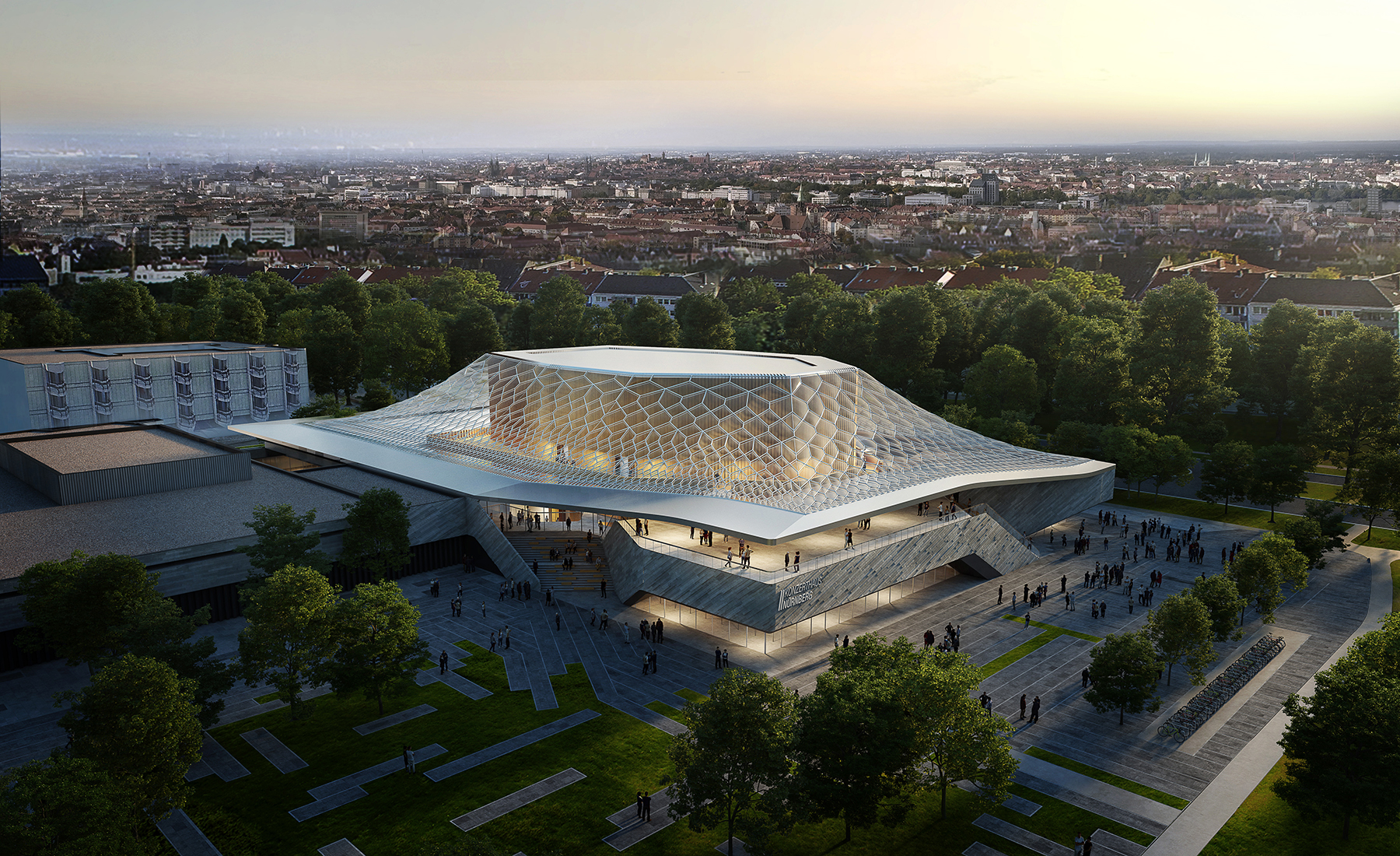 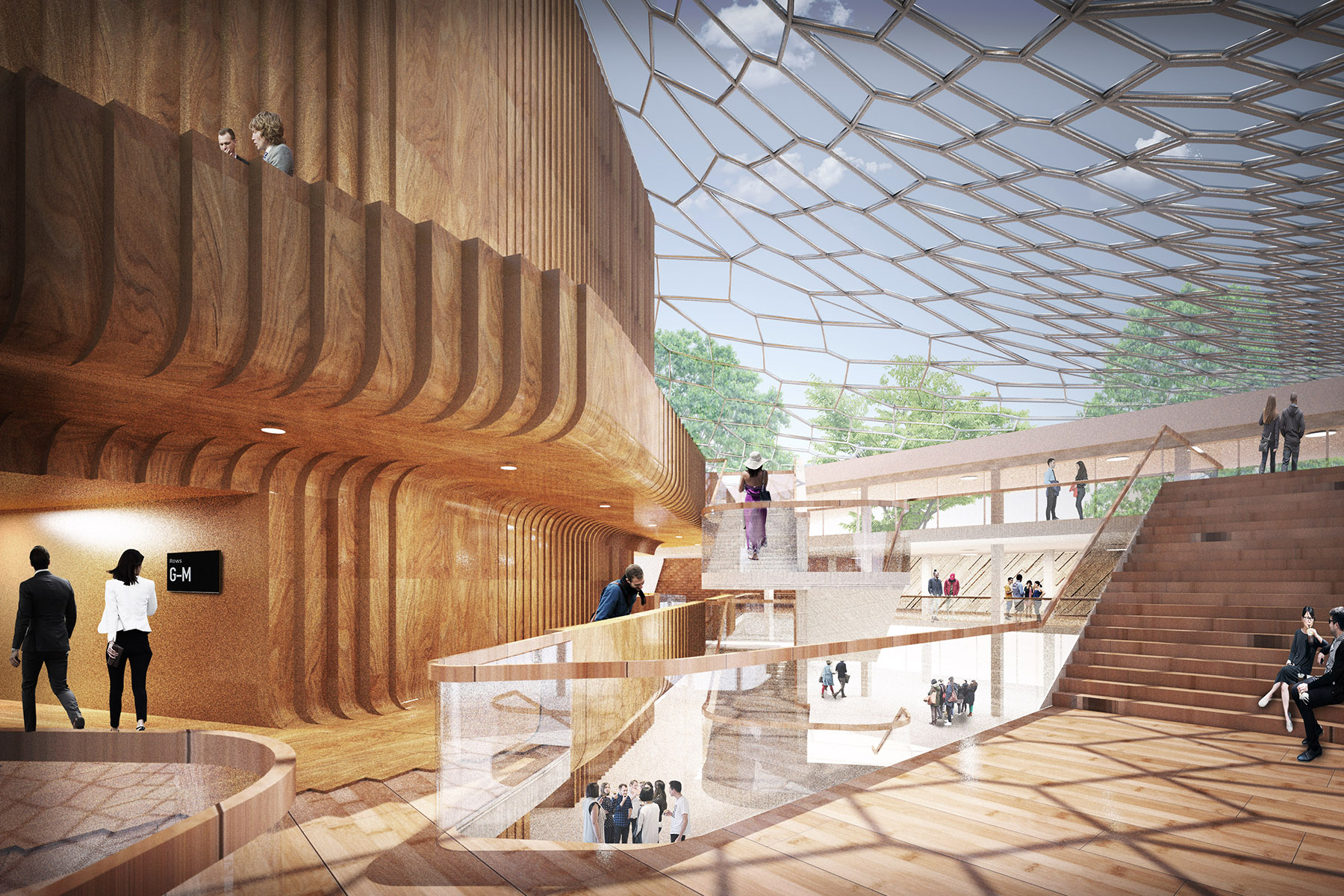 The Nuremberg Concert Hall extends the historically rich heritage of the Meistersingerhalle and enriches the cultural city of Nuremberg with a unique musical experience in which music and space become one.

Based on Nuremberg’s landmark, the duality of its the twin castles, two buildings side by side create a synergetic connection to a coherent unity. Connected in a symbolic ‘band’, a circulating podium made of natural stone links the ensemble.

The solid base grounds the structure, which creates an inviting lightness through its vertical foyer as a central distributor together with a translucent, energy-optimized roof construction.

As a cultural jewel of the Nuremberg metropolitan area, the Nuremberg concert hall awakens curiosity and attraction through its interplay of tradition and contemporary stylistic idioms – employing a contemporary language of forms, which playfully takes over modernist elements of the Meistersingerhalle, such as the formation of a horizontal pedestal, and reinterprets them in a contemporary way. Expressive stairways, public bleachers, assembly venues and diagonals break the stringent horizontality of the band, creating an open, inviting perimeter. The broken natural stone of the base reminds of the fascinating rock formations of the nearby quarries, resulting in a patchwork ensemble of natural stone. Following the example of Albrecht Dürer’s study of geometry and the perception of geometrical forms, the Nuremberg Konzerthaus evocatively plays with the hiding, breaking and indicating of Platonic solids. The building thus appears novel in its formal language but recognizes familiar elements and principles of order in its traditional surroundings.

As an extension of the urban park landscape of the Luitpoldhain, the Nuremberg Konzerthaus is seamlessly integrated into the surrounding urban landscape, which runs through the open foyer and the elevated corridors around the building. The freestanding concert hall volume, together with the building of the Meistersingerhalle, defines an articulated forecourt and main entrance. The place is activated through all public and foyer functions along its perimeter– in a continuation to the Meistersingerhalle.

The organisation of the building follows a clear division of functions between the public front building and the rear building for artists and employees.

The main entrance for visitors leads directly into the vertical atrium. All visitor- and concert-relevant functions are arranged along with the foyer, which is organized as a continuation of the existing foyer around the concert hall as a freestanding volume. The balconies around the hall bridge the foyer to catering points and breakout zones with direct views and connections to the exterior along the building façade. Centrally located at the staff entrance is a spacious artist lounge with a direct connection to the stage and catering. Delivery, instrument room and artist’s dressing room are at the same level as the stage with efficient circulation.

The concert hall – perceived from the outside as a freestanding object – is covered with wooden strips from inside and outside. The hall’s monolithic appearance is broken into balconies, information desks and break-out zones on a human scale. The 1600 seats are distributed over a terraced landscape of wooden balconies, creates a unique musical experience. 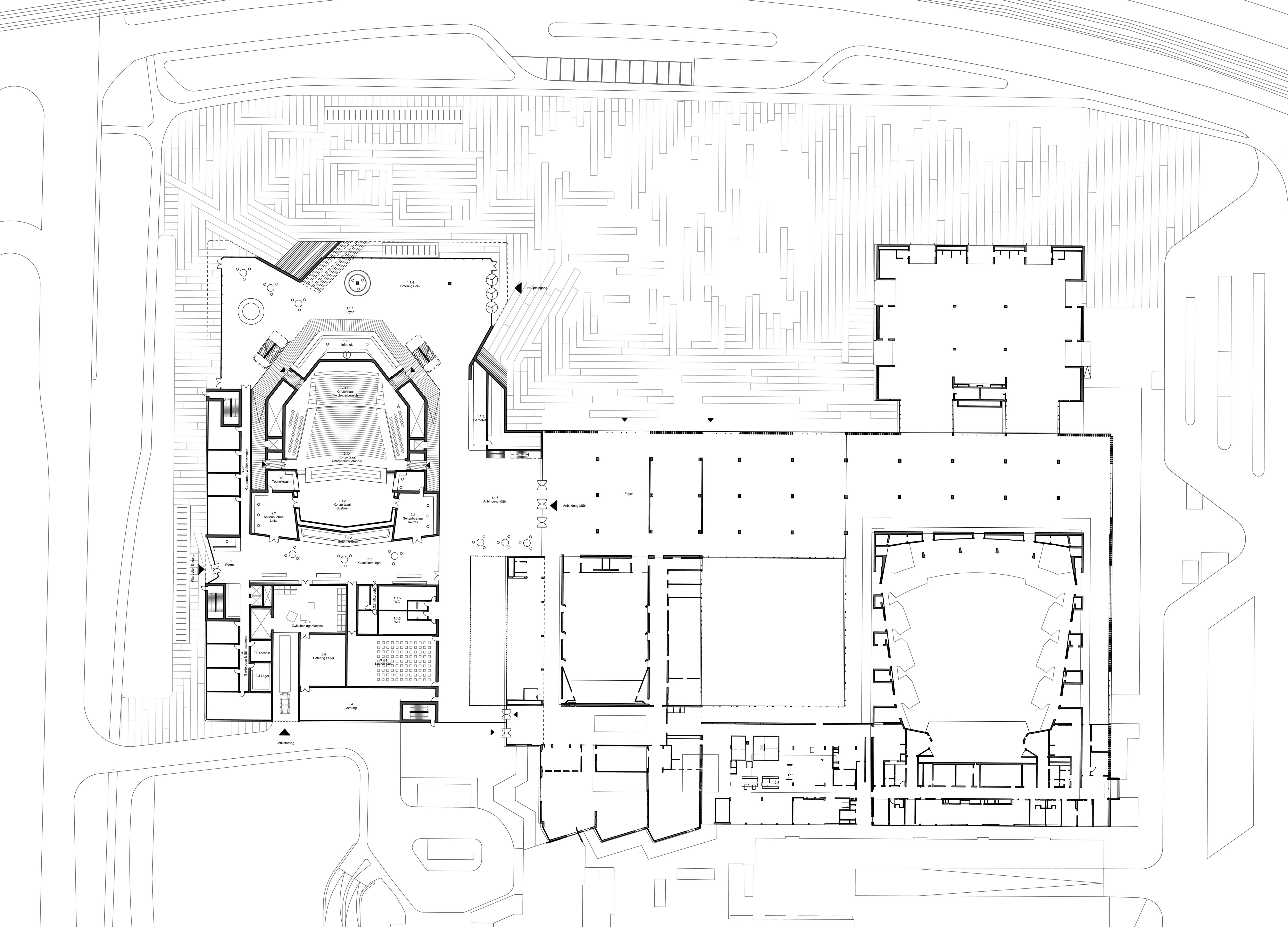