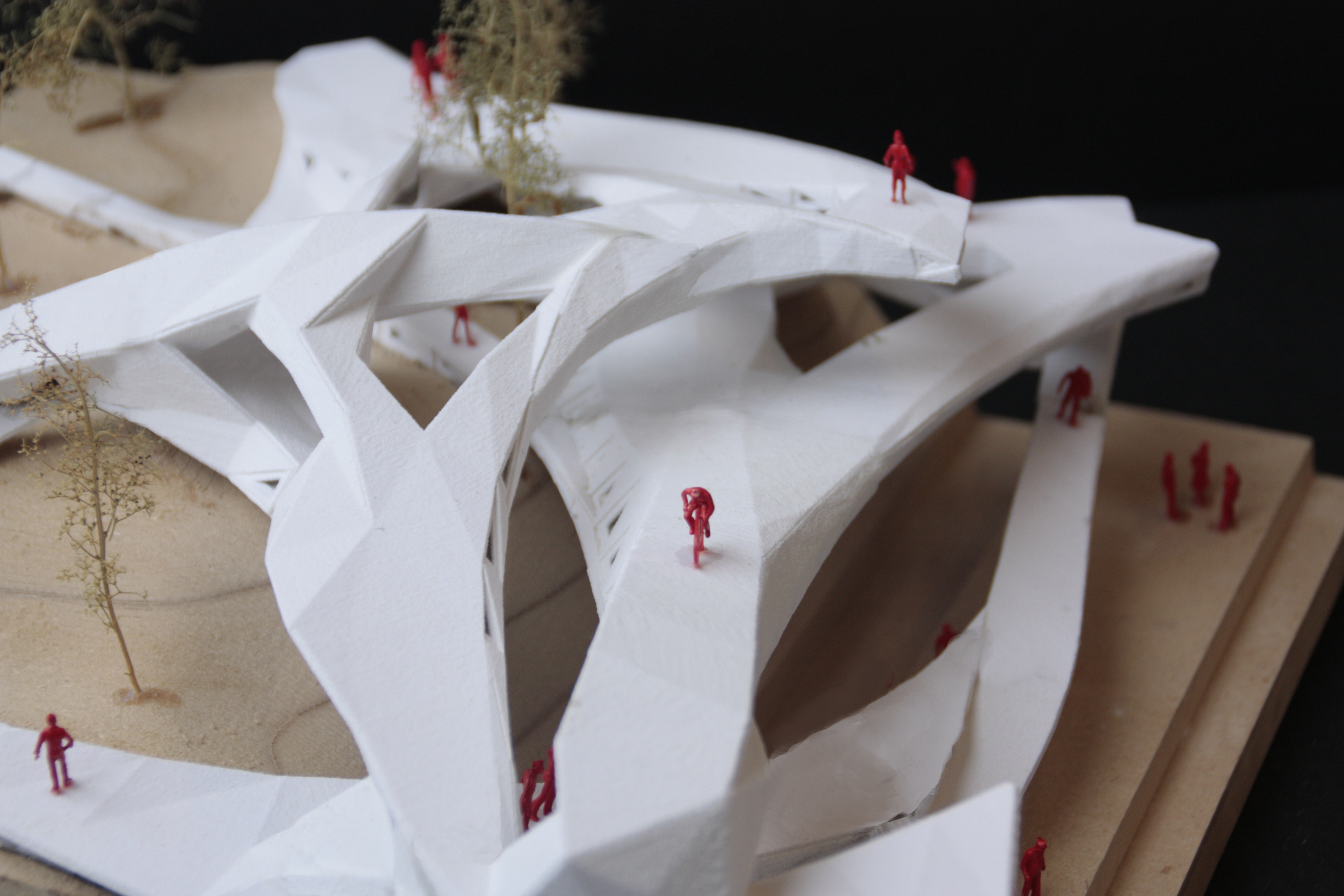 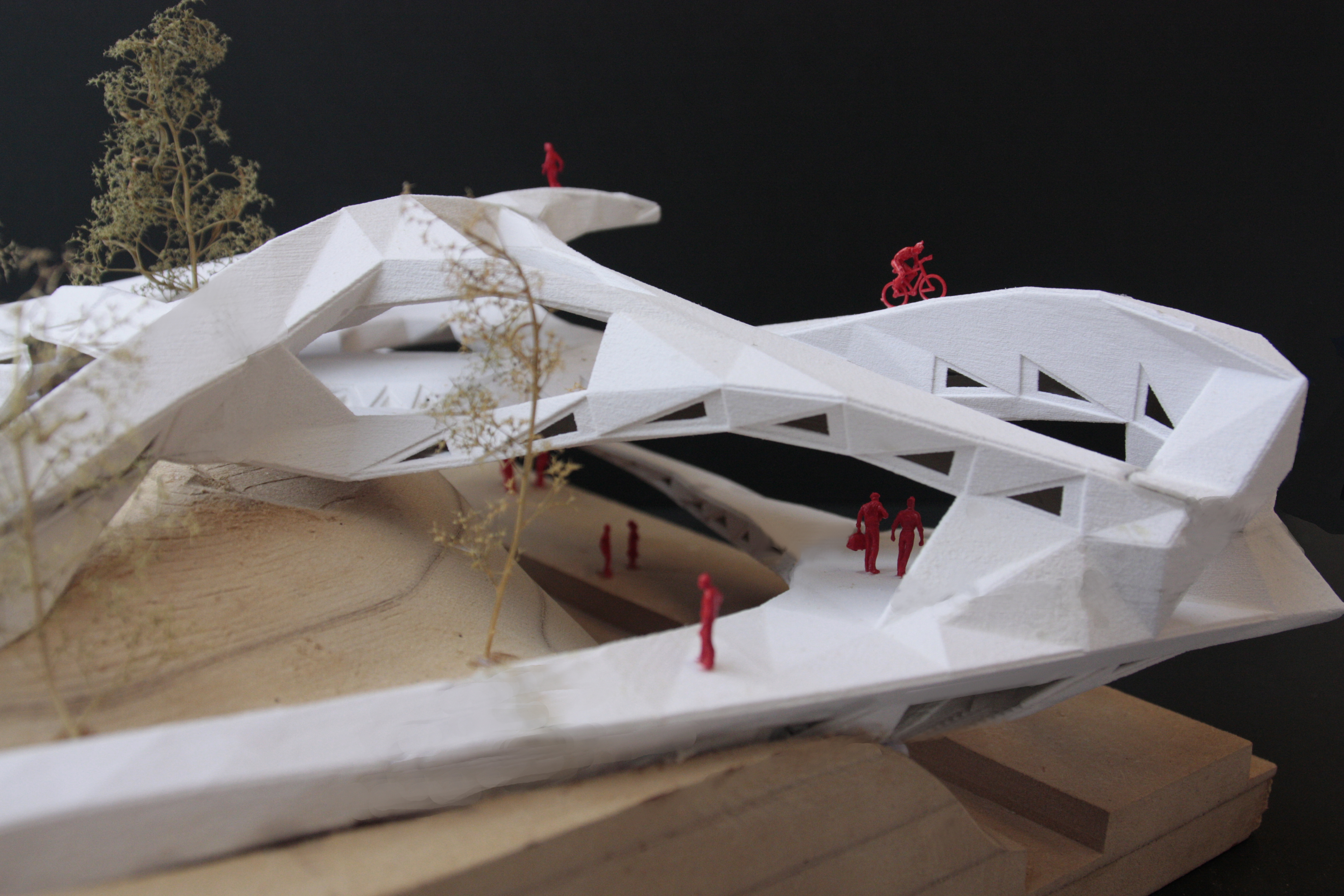 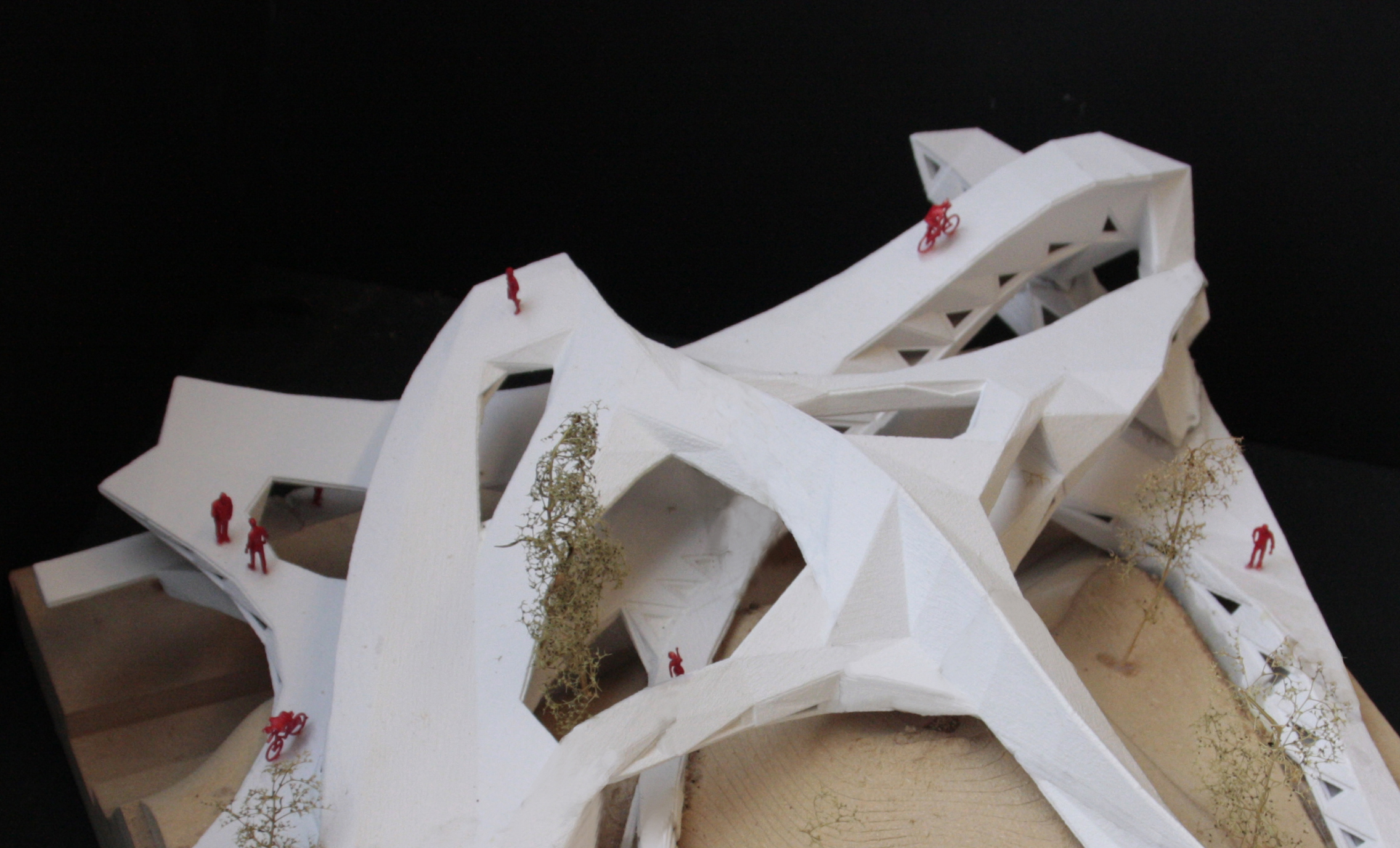 The number of travellers from and to the Dutch city of Almere will grow from 40.000 back in 2009 to 100.00 in 2030. This requires intensive infrastructural
improvements to the current situation of Almere. One of the main improvements of the network will be the redesign of the central station of the city. The current
station is situated around a combination of small dysfunctional public spaces and conflicting flows of traffic.

In a series of computational experiments with several algorithms like ant‐pheromone algorithms, the topics of different network speeds, users, behaviour and
needs are tested to propose an architectural embodiment and landscape that is both efficient and pleasant. Next to infrastructure, structural and environmental
calculation software are used in an integrated design strategy to come up with the final design of the new train station. The design process was driven by an infrastructure of direct links between the different simulation software that would act as input for the self-organization of different design elements such as staircase, bridges and spaces.

Multi-agent principles were used to solve complex infrastructural and programmatic elements in a three-dimensional environment. To maintain control within this process of self-organization and cloud of information to still act as a designer, custom-made intuitive applications where developed based on principles that also can be found in computer games.