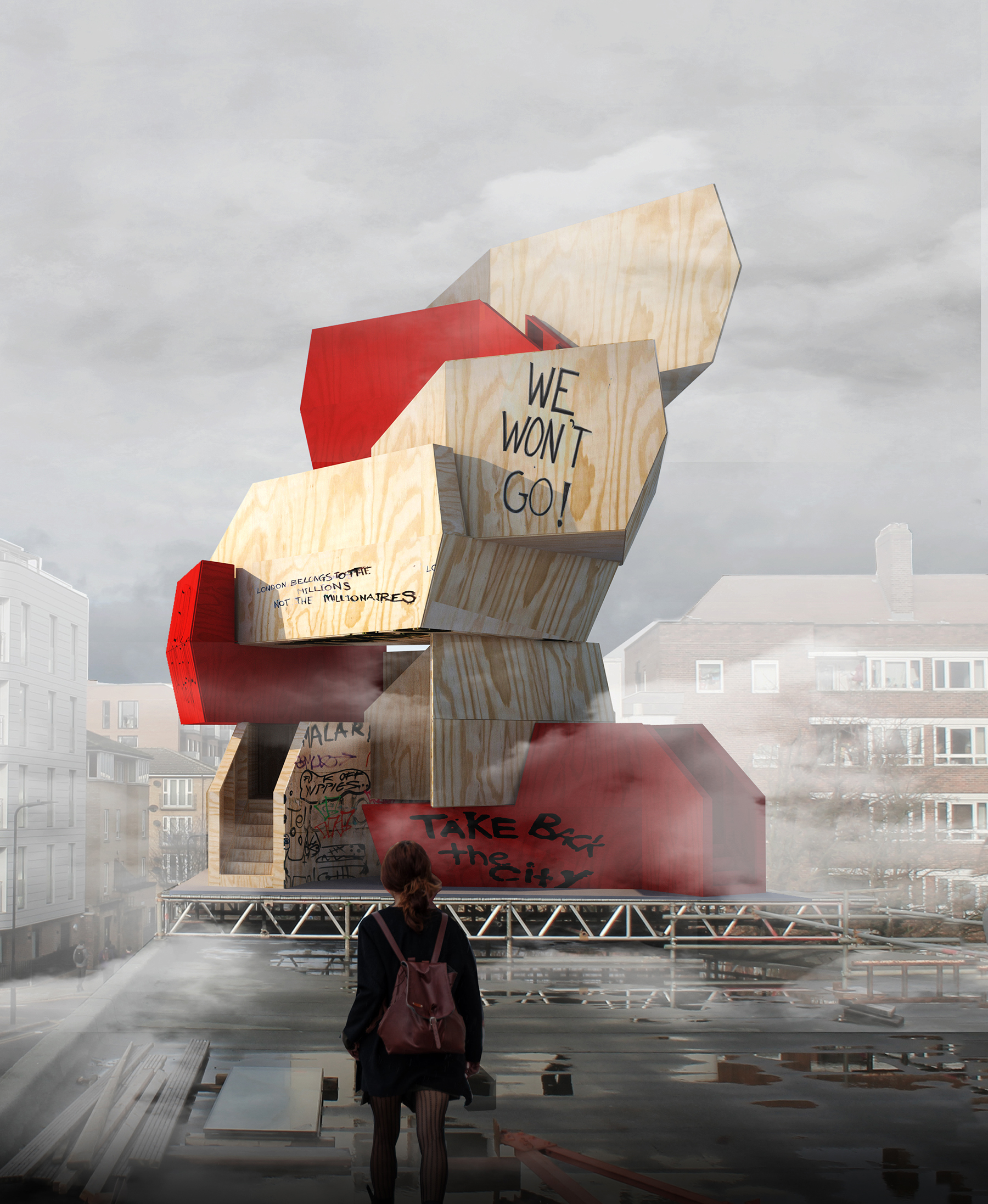 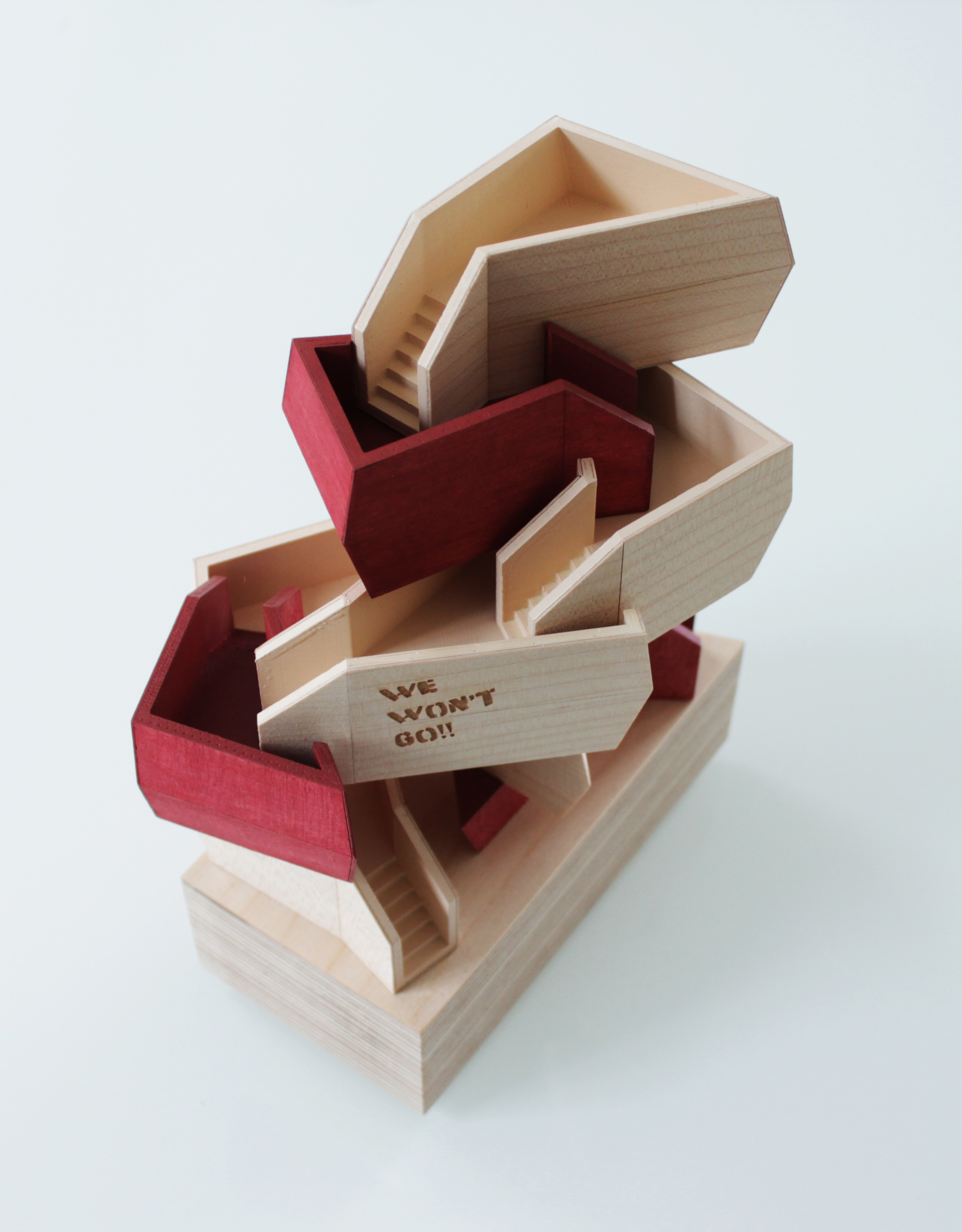 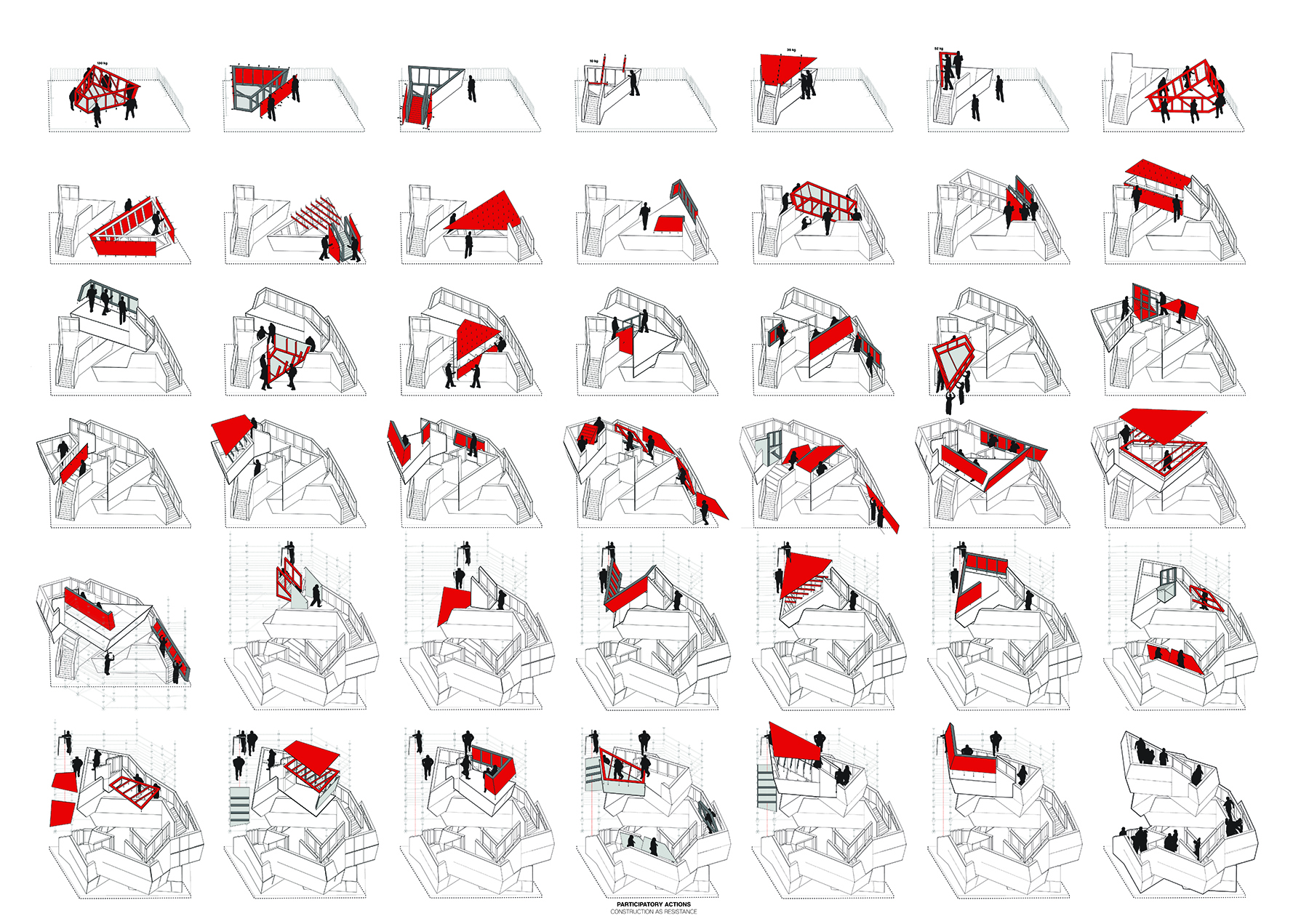 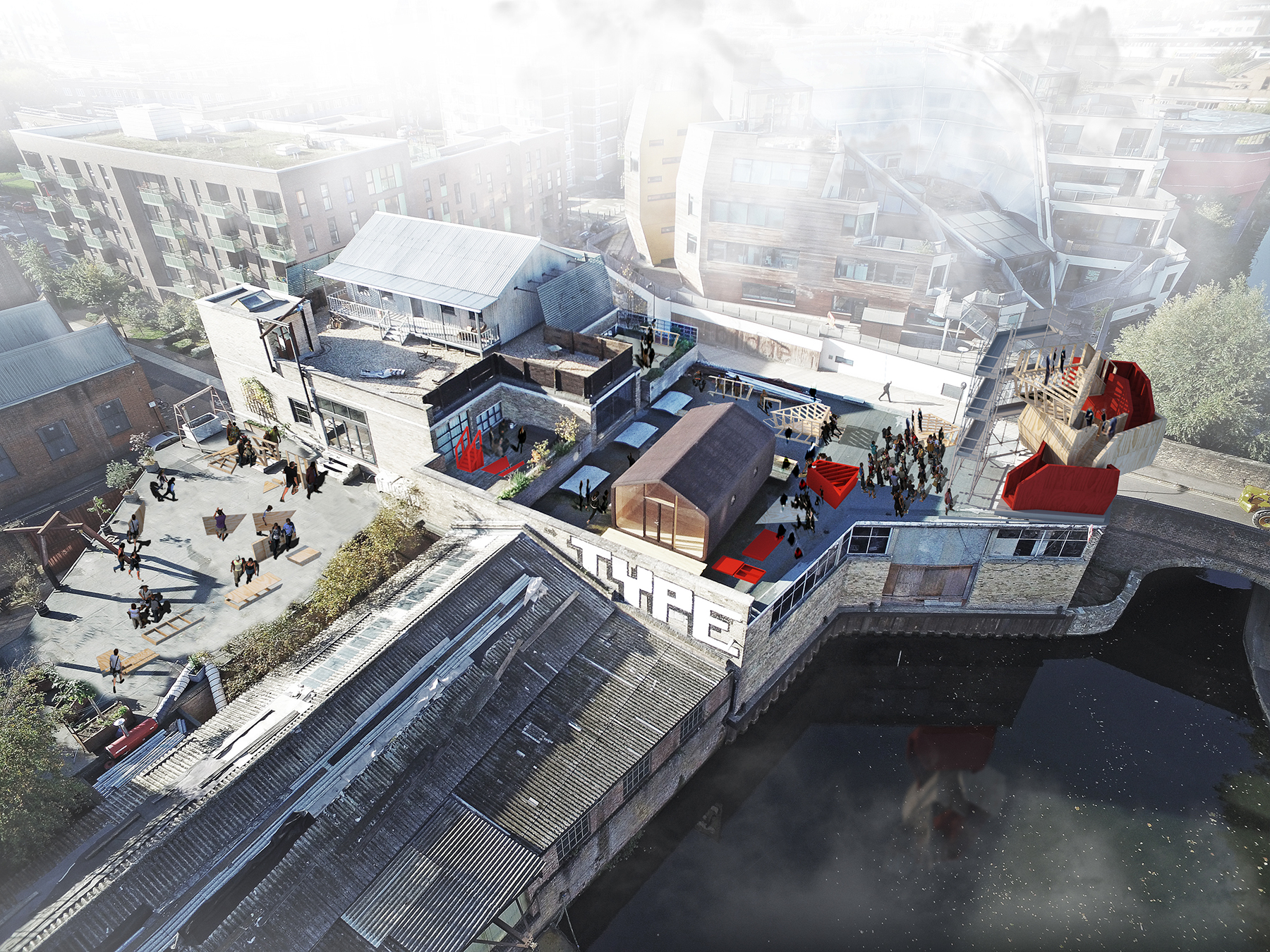 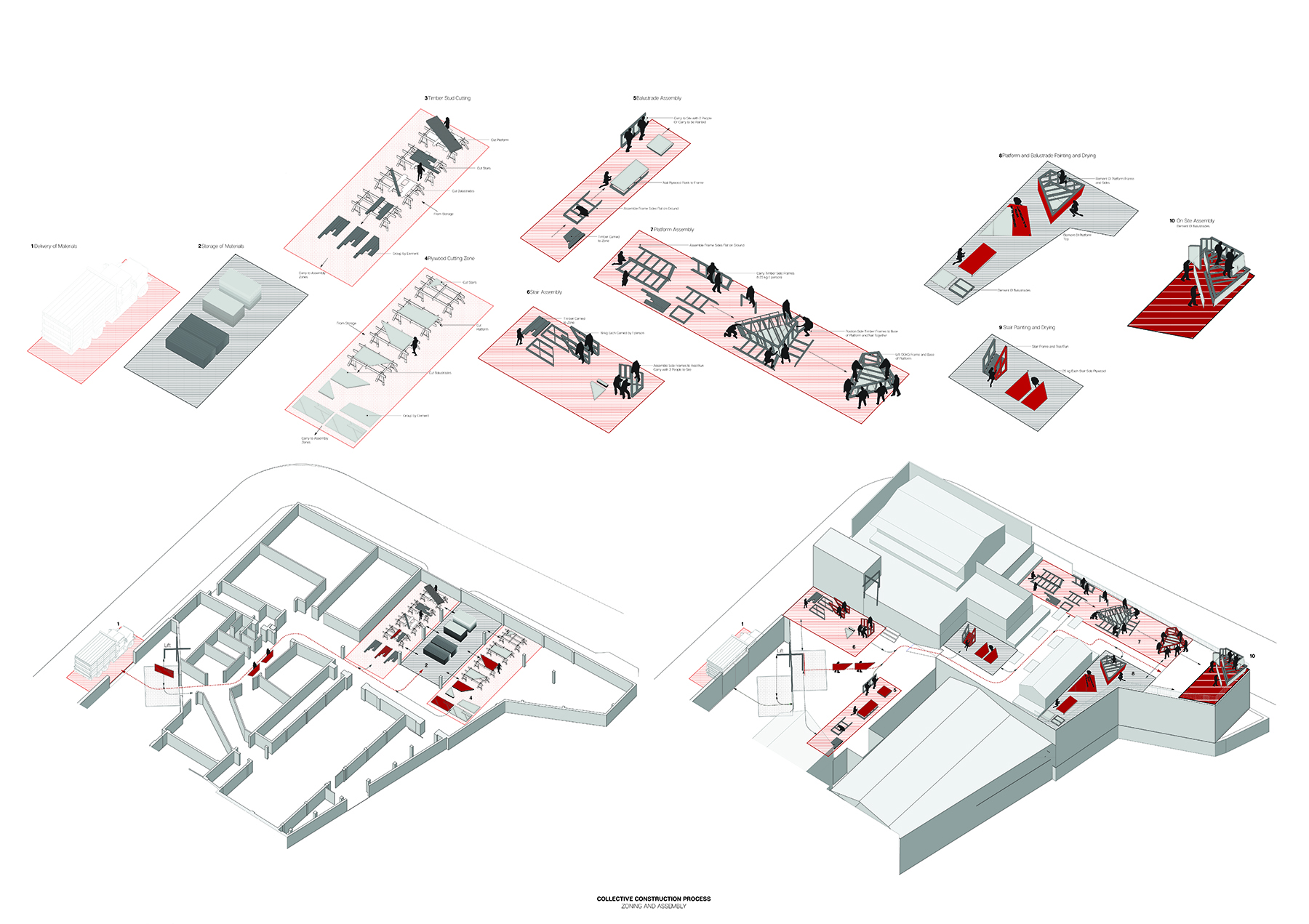 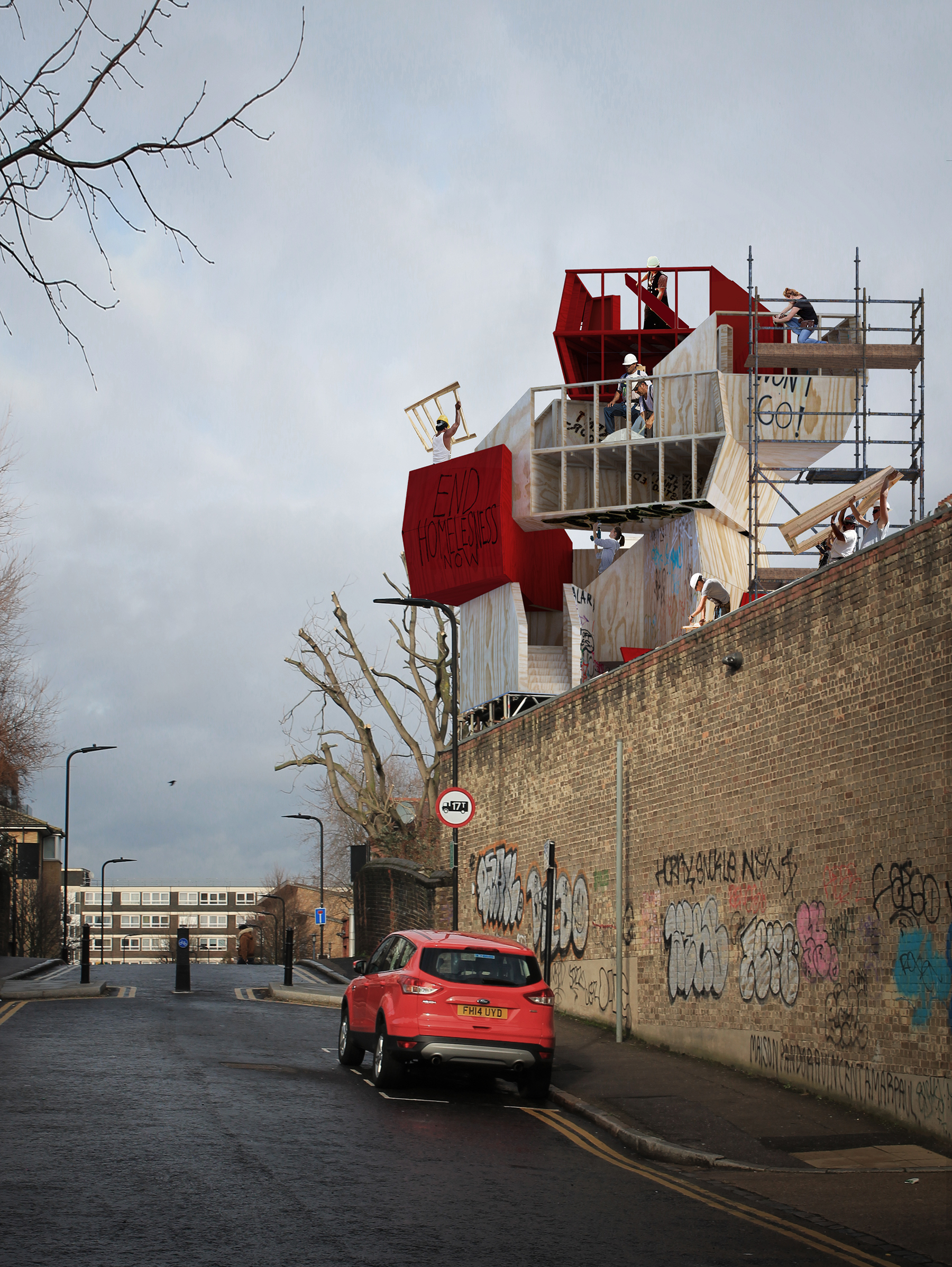 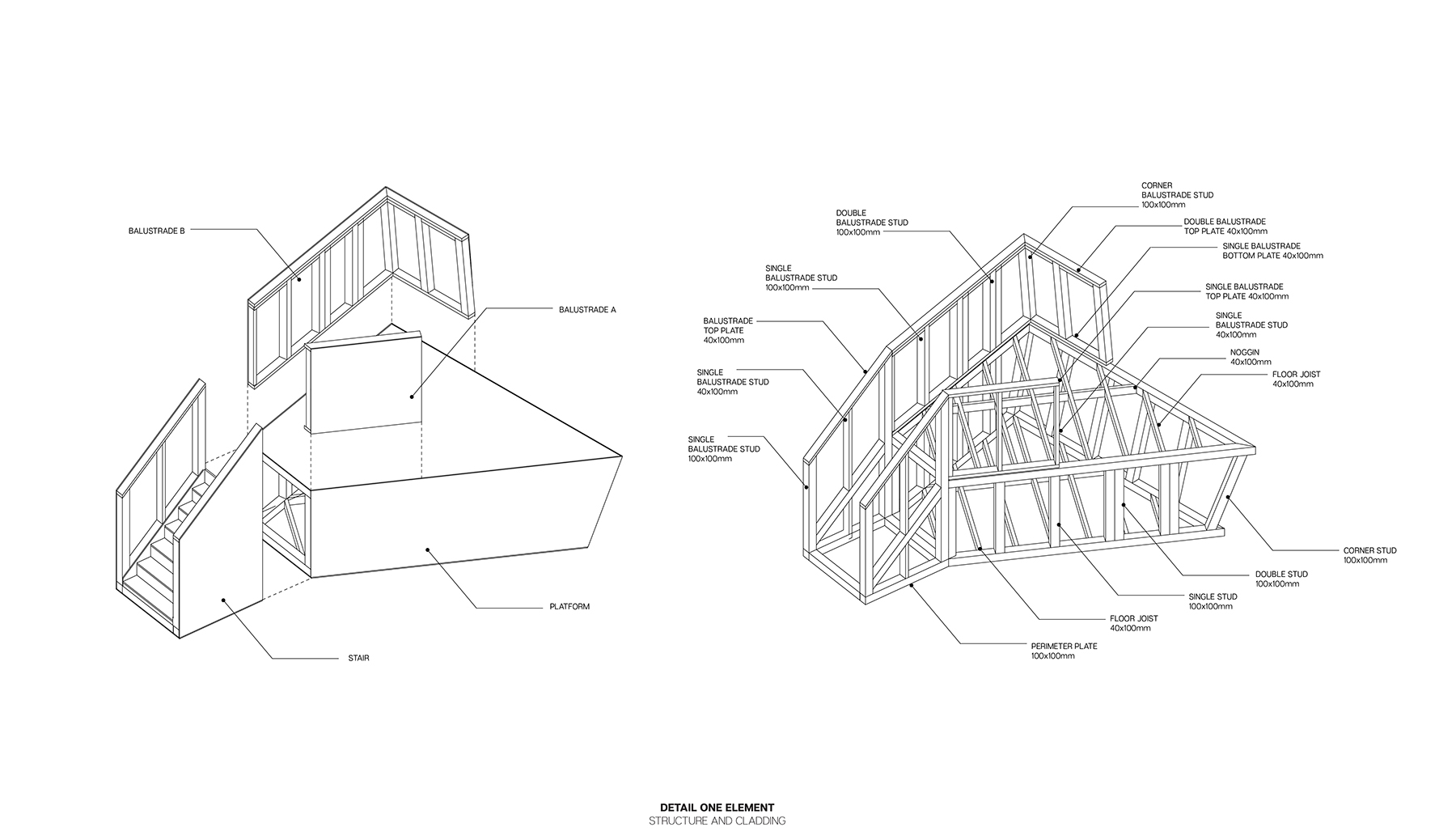 “London is for the millions, not the millionaires” was written in the form of graffiti on the Sutton House in Hackney.

The PROTO-SELFBUILD proposes a process of direct participation in its construction, situating itself within the historical lineage of radicalism in Hackney. The borough continues to be a site of tension between the top-down developer modes of building architectural projects and the bottom-up necessities of the local citizens, resulting in the displacement of communities and a shortage in housing. The premise of the PROTO-SELFBUILD is a system which can be deployed in vacant plots of land by various groups of ordinary people. It uses a primitive and intuitive method of stacking spatial elements on top of each other one by one. The resulting part-to-whole relationships establish a quasi-emergent construction process and design outcome. Where each element’s form and position respond to the one placed before and after it. The aim is to create a collective assembly of user-builders and empower them to take control of their environments, similar to the ambitions of British architect Walter Segal and Belgian architect Lucien Kroll.

A series of collective actions, a set of simple tools, off the shelf materials and an easy to follow construction manual are the minimum requirements to assemble the structure. The system uses mainly three elements, the stair which remains unchanging, the platform which varies, and the balustrades which differ depending on the adjacent elements. Each part of the elements can be cut by hand from off the shelf Plywood Sheets and Timber Studs. All of the connections between parts and elements will be assembled with nails. The exterior finishes of the colours and graffiti art are encouraged for personalisation and establish further ownership of the build. The PROTO-SELFBUILD will be the first prototype of the system. The role of the architect, the user and the third parties will be repositioned in a grassroots approach of construction. The final build will stand as a reaction to the alternative nature of Hackney and prove to show that an architectural model of resilience to gentrification is still possible. The resulting spatial system has verticality embedded within its design, giving a glimpse at the multitude of possibilities for further development.